Fight through masses of zombies and other monsters in this roguelike shooter and enjoy epic adventure full of crazy action. When zombie apocalypse rages once again and this could be your last day on Earth, only a man of strong faith and even stronger weapons can find a solution.
Download APK
4.4/5 Votes: 88,280
Report
Developer
Alda GamesUpdated
Jul 15, 2022Size
72.73 MBVersion
1.13.6Requirements
4.4Downloads
1,000,000+Get it on

Fight through masses of zombies and other monsters in this roguelike shooter and enjoy epic adventure full of crazy action. When zombie apocalypse rages once again and this could be your last day on Earth, only a man of strong faith and even stronger weapons can find a solution.

Top-down zombie shooter
Zombero gives you your favourite things in one game – popular hit and run top down survival autofire game and zombies! You will be guiding your character through the world destroyed by apocalypse while you mow zombies trying to eat you. You will start each run just with your own equipment and skills, but you will unlock new cool power-ups and abilities as you quickly gain levels. Randomly generated unique combination of abilities will ensure that each run is different, but you can always pick from few – do you prefere multishot, fire bullets, piercing or ricocheting ammo? Each battle is pretty intense as your hero dodges and strikes in the gameplay inspired by old-school arcade shooters.

Features:
* Roguelike shooter
* Heavy RPG elements
* Bullet hell & auto attack – dodge enemy fire and melee attacks and auto fire while you are standing in place
* Breathtaking visuals with polygon graphics
* Each run is different thanks to random selection of abilities
* Equip your character with protective gear and weapons
* Run n gun with different heroes with special abilities
* Level-up your hero and equipment, and upgrade your skills and weapons so you can survive harder and harder encounters with enemies
* Unlock unique perks
* Easy to learn, hard to master
* Simple and intuitive controls – you either attack or move
* Deep and rewarding mechanics – become a better battler and you will enjoy epic battles and get further faster
* Master your defense game – you have one life for each run so self-preservation is a key, make your hero a tank that survives anything or dodge enemy attacks

Story of the last hero
* Epic boss fights
* Battle legions of zombies and other diabolical monsters
* Cool environments – city streets, farm, sewers
* Companions
* Story of redemption and destruction
* Offline game – even if you lose connection during run, you can continue playing (you just have to reconnect at the end)

You saw the world end… When you were in a deadly brawl with zombies and stars fell from the sky, you unlocked unique powers and regained faith. When you used your last bullet angel or maybe god himself gave you a new will and means to live and fight.
As you progress through the remnants of the world filled with war against zombies and other hellish monsters you visit interesting places that will serve as arenas for your struggle – from lovely farm through icy lands to the hell itself.

Don't settle with being a mere archer – put down your arrow, take your gun and show those undead monsters who's the real monster killer here in the best action role-playing shooter!
Download and start playing now!

1.13.6
- Fixed minor bugs, performance optimization
-----
1.12.x
* New chapter 12 - Toxic Waste Dumpsite
* New Hero - Samurai
* New boss "The Contaminator" and other enemy units in the dump
* New perks and skills
* Game loading time optimization by 40% on average
* Boosters - Player has the ability to use arcane books that multiply rewards
* Battle Pass expansion with an additional round of extra rewards
* and many minor bug fixes 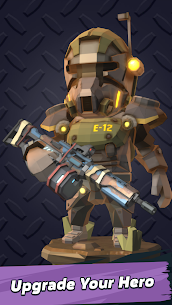 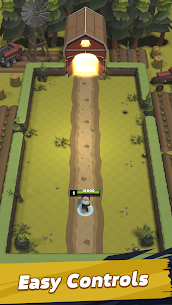 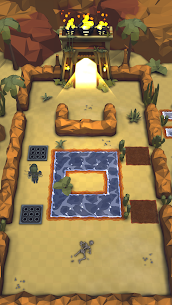 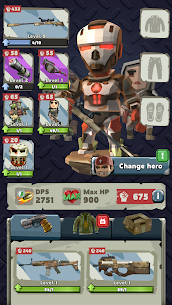 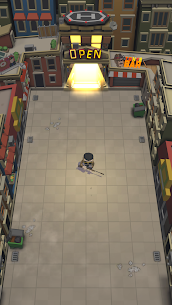